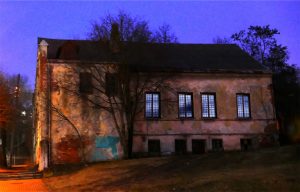 A Murmuration is an evocation of that absence.

It turns out that the beauty of murmuration movements often arises purely out of defence, as starlings strive to put distance between themselves and the predator.

The starling is one of our most recognisable birds, but figures show that 40 million starlings have disappeared from the European Union… since 1980. (Royal Society for the Protection of Birds)